The ceremony began with Principal, Mr. Fergus O’ Brien, welcoming everyone and the Amber Flag was handed over. The Flag was presented to Mr O’ Brien by Max Bell and Caitlin Durnin, two students who have been very involved in the conversations about mental health in Coláiste Muire. This kicked off a week-long series of events which include student teacher matches, workshops delivered by the Red Cross and HumourFit, TY retreat tp Scala, guest speakers, CUTE-icle Nail Salon, Breakfast club and World Teacher Day.

To conclude the ceremony, Mr O’ Brien announced that the students did not have to return to class and there would be a concert to celebrate. Performances included Sean Damery, Rebecca Ring, the Deltas and a  Teachers’ Band.  Well done to the students, management and staff of Colaiste Muire who continue to make conversations about Mental Health happen in the school community every day. 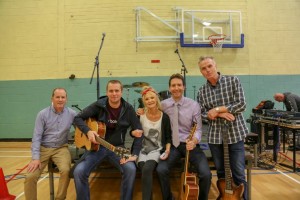 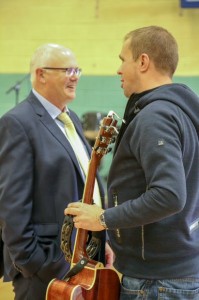 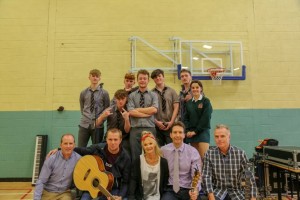 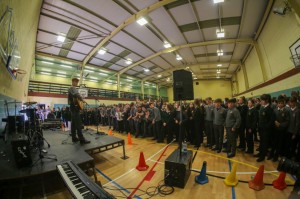 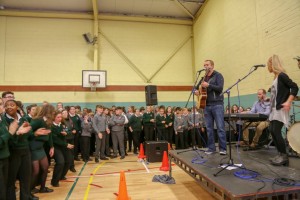 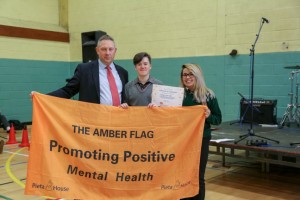