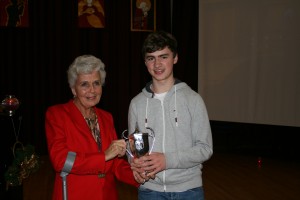 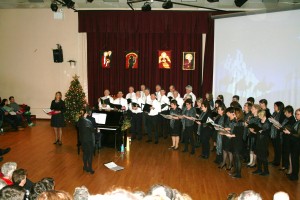 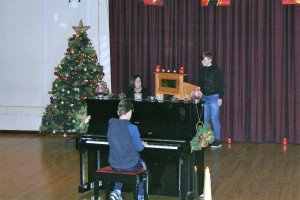 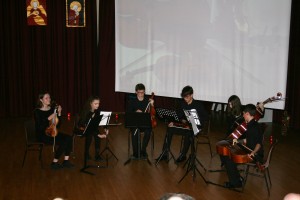 The annual Preslink Christmas concert in to raise funds for the Presentation schools in west Africa took place on Sunday night, 17th December. The large crowd was greeted with mulled wine (non-alcoholic!!) and mince pies and was entertained for 90 minutes by the choir of St James’s Church, Ballinora and by a number of performances given by James Ó Coileáin and friends and by Daniel Maume, Ronan McAuliffe and Daragh Lynch accompanied by Ethan Barry on piano and by Jack O’Connor on guitar. Kevin Jansen was also presented with a bursary and the Tom Burke trophy by Mrs Kay Burke in recognition of his achievements at a national and international level. Ms Aelin O’Donoghue acted as MC while Brother Martin Kenneally, former Congregation Leader of the Presentation Brothers,    spoke to thank those in attendance for their continuing support. Newly elected Leader, Brother Francis Agoah was among those present to enjoy the splendid entertainment.